The man who died twice

David Bisset went to fight the First World War on two separate occasions. In 1915, the young ironmonger from Aberdeen enlisted in Brisbane and with the 59th Battalion fought at Tel-el-Kebir. Bisset’s desert war did not last long. By July, the young man had contracted VD and was sent back in disgrace to Australia. Arriving in Melbourne, he was hurried away to an isolation camp at Langwarrin. Here Bisset received crude medical treatment, but the authorities’ main concern was to keep infected men away from the civilian population.

Bisset left the camp in October. He joined up again, this time in Melbourne. Attached to the 57th Battalion, Bissett embarked for a second time in 1915. He served out the rest of the war in France, was wounded by shrapnel in the face, took a few weeks leave in England, and spent 108 days out of the line with yet another dose of ‘the clap’.

Bisset went twice to war and he ‘died’ twice as well. In September 1918, Private Bisset was sent out on patrol in no-man's-land. The party was ‘surprised by [machine gun] fire’ and Bisset was cut down near the German wire. His company commander ‘saw him fall’ and was ‘satisfied he was killed’. The news of David Bisset's death in the field was dutifully cabled overseas—one telegram to his sister in Scotland and a second to a fiancée back in Queensland.

The authorities realised their mistake when Private Bisset’s name turned up in a Red Cross hospital list just a few days before the war ended. It seems he had been taken prisoner by the Germans and sent on for treatment behind the lines. A new round of telegrams were duly sent from London. ‘Thank you for sending so promptly the good news’, his grateful sister Mary replied. On the other side of the globe, Bisset’s fiancée Agnes was also rejoicing.

But those celebrations were short lived and soon after, Bisset’s sister and fiancée were told he had died of wounds in a German hospital. Authorities dispatched as much detail as they could, the man who had died twice would not be permitted to die again.

David Bisset’s story reminds us of the uncertainties and contradictions fostered by war.  Distant from the frontline, families in Australia ‘read’ the war partially, selectively, and inaccurately. They clung to any account that gave them hope; were misled by rumour and innuendo and denied—as Bisset’s case graphically illustrates—any chance of certainty and ‘closure’.  It also highlights the plight of the authorities. The Great War was fought on a scale nobody had ever before imagined. The challenge of imparting clear and accurate information to families was often insurmountable, all the more so since intelligence was often dated by the time it reached Australia. Historians refer to the fog of war as they struggle to recount the course of a battle. Arguably the fog families faced a world away was just as impenetrable. 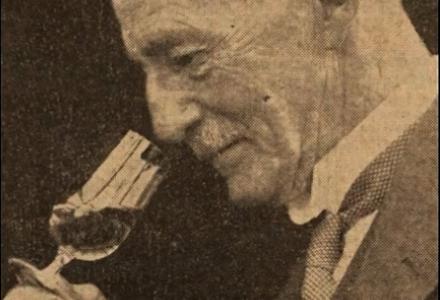 His own brand of broken men