The mystery of the Water Diviner

In 1914 Tom Murray mounted his horse and rode to the recruiting station at Meeniyan in south-east Gippsland. By March the following year, he was in Egypt, by May he was in the Dardanelles, by August he was dead. Tom Murray was one of hundreds of men killed during a suicidal charge at the Nek.

Like many fathers, Thomas Murray found the death of his boy impossible to accept. And like others who lost their sons in war, Thomas clung to the hope that the authorities might be mistaken. No body had been brought in from the battlefield, perhaps there was a chance Tom had been taken prisoner.

In many ways the loss of Trooper Murray and the grief of his father are the experiences of a generation. Though every death was unique and every loss intensely personal, the doubt, the pain, the anguish was much the same. But in one regard the story of Thomas Murray and his son is quite exceptional. In 1920 this old man from a grazing property in Buffalo became the first Australian father to make his way to Gallipoli, searching for his son.

Cyril Hughes, who returned to Anzac with the war graves units in 1919, left a record of that visit. ‘One old chap managed to get here from Australia looking for his son’s grave,’ he told Charles Bean, ‘We looked after him [as best we could].’ Hughes did not name this determined traveller, so how do we know that old man who struggled up Walker’s Ridge was Thomas Murray?

There are few other contenders to choose from. First and foremost there was the prohibitive cost of such a pilgrimage - even a steerage fare to Europe cost a good part of the yearly wage for a skilled white male worker. There was also the question of getting to Gallipoli itself. In the immediate aftermath of the war, at a time when Turkey, Greece, and the Allies sought control of the Dardanelles, this was a difficult, dangerous, and technically illegal journey.

Murray was one of the few Australians with the capital and the resolution to make such a journey. But we don’t know if so inconclusive a pilgrimage offered Thomas Murray any kind of comfort. We do know that the old man who made his way to Turkey outlived his son by twenty-four years; a long time to carry the burden of grief.

Thomas Murray died in the same month the world went to war again. At one level, his story underscores the futility of a conflict that consumed a generation, his own son included. At another, it signals the determination of those who embarked on pilgrimages; many believed the trials and tribulations of their journey enabled a connection with loved ones they had lost. Finally, Tom Murray’s story highlights the tussle between history and memory. During the Centenary of Anzac, Russell Crowe’s film The Water Diviner told the story of the first Gallipoli pilgrim. Though based ‘on true events’ the film departed significantly from Thomas Murray’s actual journey. There was no surviving son to be found; no romantic entanglement in Istanbul; and Tom Murray’s grave—if he even has one—was never really discovered.   Arguably the film owes more to Hollywood than history. 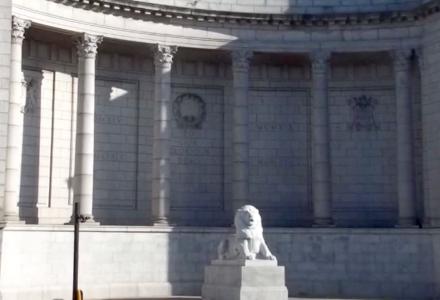 The man who died twice 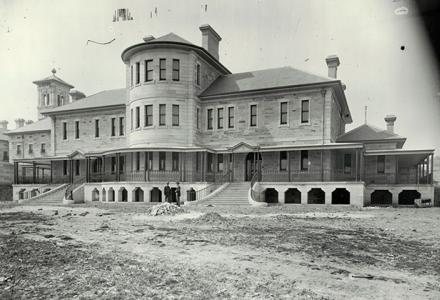 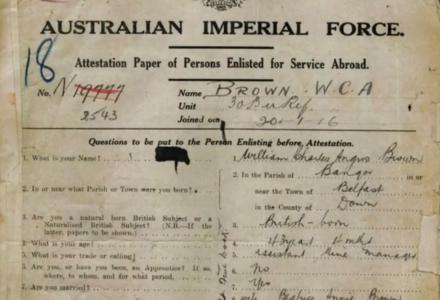