Quite a decent type of man

It was late in the morning when Dr Benjafield, a medical officer assigned to the Repatriation Department in Sydney, finished his examination of Cornelius Danswan. In many ways that day’s appointment was like so many others. Another sick man, burnt out by his war experience, battling to support his family on a pension. But there was one important point of difference, and Dr Benjafield thought it best to record it. He reached across his desk and jotted a quick note on the bottom of a departmental memo. ‘A half-caste Chinaman’, it read, ‘Father Chinese, Mother English’. ‘Quite a decent type of man’, Benjafield added, as if naming a patient’s ethnic descent somehow defined his character, ‘though very miserable’.

Dr Benjafield almost certainly embraced eugenicist ideals commonplace in medical circles. And that helped shape his diagnosis: ‘Teeth shew the gingivitis etc., which is almost universal in this type of Chinese (at any rate those seen in Australia) from which he is descended.’

Cornelius Danswan was seen as something of an oddity by Benjafield and other doctors from the Repatriation Department. He was certainly exceptional. In 1914, technically only those of predominantly ‘British stock’ were permitted to serve in the First AIF. But by the third year of the war, to feed the carnage raging on the Western Front, the military authorities would take almost anyone.

Danswan, a shearer from north-western New South Wales, enlisted in 1916. His mother, Sarah, had emigrated from Ireland and his father, Thomas, left Amoy China in 1852, as an indentured labourer assigned to the Australian Agricultural Company. Bound by his contract, Thomas Danswan would be forced to work for half the wages of whites. At the end of his service he did not return home—unlike thousands of Chinese gold seekers who came before and after him. Thomas Danswan’s marriage to a white woman may well have reflected his desire to assimilate into the white community. More likely, a poor Irishwoman was his only chance of matrimony as so few Chinese women joined their countrymen in Australia. Together the couple had ten children, Cornelius King Danswan amongst them.

Hundreds of Australians of Chinese descent served the country they had adopted during the Great War. No doubt they joined up for any number of reasons. Perhaps it was patriotism and a hope they might ‘earn’ a place in the British Empire—can we read anything into the middle name, ‘King’, that Thomas gave his son? Perhaps it was the hope that soldiering abroad might offer a more interesting life than shearing on the Liverpool Plains.

But if Cornelius hoped for adventure abroad he was sorely disappointed. Sapper Danswan served in France, through one of the worst winters on record. In the freezing conditions of the trenches he succumbed to bronchitis, debility, and exhaustion. He was also subjected to severe artillery bombardment and eventually taken out of the line with shell shock. They sent Sapper Danswan back to Australia in 1919. Seven years later he still wrestled with the trauma; ‘He has been nervy and shaky ever since the war’, one of Benjafield’s colleagues noted, ‘fits start with twitching of the lips and he stutters’.

The doctors diagnosed ‘neurasthenia’ and debated whether Danswan’s nerves were due to his war service, ‘mild encephalitis’ or ‘business worry and anxiety’. Cornelius had every reason to be anxious. After the war, he struggled to provide for a wife and young family on a pension of a few shillings a week. That, and irregular earnings from a poultry farm outside Sydney, offered not much more than a bare ‘existence’. In May 1920, though still an outpatient at Prince of Wales Hospital, his pension was withdrawn. Still unable to make the poultry farm pay, Danswan took on outside work.

By the mid-1920s, the Danswans had six children, only one of them old enough to help much on the farm. Within weeks of that first assessment by Dr Benjafield, Flora pleaded the case of her family and her husband: ‘The absence of any income so preyed in his mind that he is now much worse than ever before and appears to be losing his self balance. As he is unable to speak or write for himself, I appeal on his behalf for a pension until such time as he is able to work. I trust you will expedite this matter and thus relieve him of a worry that is practically killing him and also relieve my natural anxiety as to where I am to obtain the necessities of life for my children.’

Cornelius Danswan’s pension was reinstated (at 50%) in May 1926. He died in Randwick Military Hospital just five months later.

Left without any breadwinner at all, Flora Danswan applied for a war widow’s pension. That too was refused. Flora Danswan’s last correspondence with the Repatriation authorities was in March 1929, a defiant letter rejecting the ‘ridiculous’ suggestion that she should repay her husband’s debt on the farm. Perhaps she believed Cornelius had already given enough to his country.

For full attribution of sources, suggestions for further reading and an extended version of the story itself see ‘Quite a decent type of man: Cornelius Danswan’ in Bruce Scates, Rebecca Wheatley and Laura James, World War One: A History in 100 stories (Melbourne, Penguin/Viking, 2015) pp. 68-69; 355. 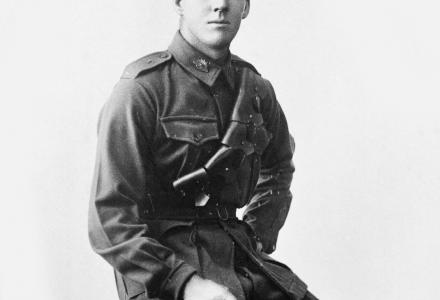 The name he helped to make 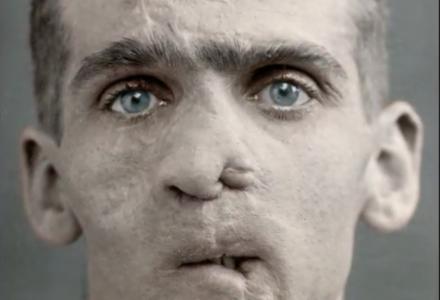 The Great Fuck Up 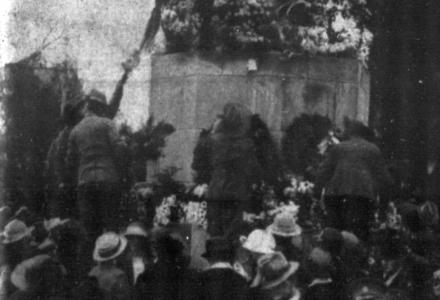 A garden of memory