Alfred Morris, a young journalist from Geelong, enlisted in the first weeks of the war, and departed Australia with the First Contingent. Trooper Morris served with the Light Horse Field Ambulance. He saw action at Gallipoli, was evacuated sick to Lemnos, and spent another two years in the deserts of the Sinai. Morris was discharged medically unfit in 1917 and returned, nursing on a hospital ship, to Sydney.

As one might have expected of a journalist, Morris kept a journal. What makes Morris’ testimony so remarkable is its steadfast refusal to embrace the common caricature of the ‘unspeakable Turk’ or to casually dehumanise the enemy. That is not to say he did not feel fear, or hatred, or relief when their side, rather than his, was the one that suffered. Nor (like most Australian soldiers) was he averse to souveniring from ‘Abdul’.

Morris and his diary came home to Australia. His accounts of the war on Gallipoli and in the Sinai were donated to the Mitchell Library. And there was something else included in his papers. The collection includes Islamic verse, a tiny book citing holy scripture and extracts from the Koran. A man had carried it into battle, just as men on Morris' side carried their Bibles.

In 2012 an expert panel of historians advising the Anzac Centenary Advisory Board made a unanimous recommendation: Morris’ ‘Gallipoli Koran’ should be repatriated to Turkey.  Every other panel advising the Board agreed; the sacred text would be placed again in Turkish hands on the 100th anniversary of the Landing. This might have been a gesture of reconciliation in a bitterly divided world; it might have signalled tolerance, inclusiveness, and diversity; and it might have recognised—as Alfred Morris surely did—that whatever uniform one wears, whatever language one speaks, and whatever religion one professes, we all share a common humanity. Nothing came of that proposal. Morris’ story reminds us what a lost opportunity the Anzac Centenary was. And how politics shape the character of remembrance. 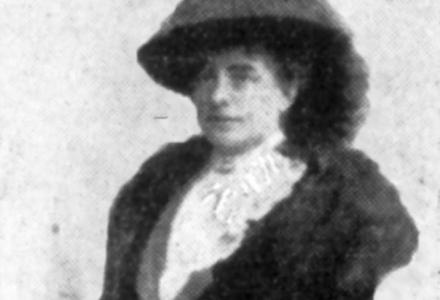 Her hands are never still The hardships of war