Olive Pink was one of the few white women to settle in Alice Springs in the 1930s. And in that dusty frontier town she quickly became known for a series of causes. Long before it became fashionable, Olive Pink championed the environment. Founder of the town’s botanical gardens, she nurtured seedlings in the desert and found the dry heart of Australia a ‘place of peace and beauty’.

Tall, stern, with a sharp wit and a sharper tongue, Pink was certainly a feminist. It was not just that she attended university, studying for a doctorate in the virtually all-male field of anthropology, or that she made an independent living for herself in an age when most women married. Olive Pink loved adventure. In the 1930s, ‘she rolled up her swag, and travelled alone from Port Augusta to Darwin’, pioneering fieldwork amongst the Aboriginal communities of central Australia. ‘I like talking about “things”’, she declared, ‘ideas and beliefs, not babies, ornaments and love affairs and all the things a really womanly woman should’.

Olive Pink was a tireless campaigner for those same Aboriginal communities she studied. At the height of the assimilationist era, she condemned the forced removal of Indigenous children from their families, demanded land for those ‘shamefully’ dispossessed, and called for equal wages at a time when most Aboriginal men and women worked for just a pittance in rations.

She was also an advocate of what we would call today cultural autonomy. ‘All fair-minded Australians, with any real sense of justice, will support a sanctuary’, she declared; a place far from the grog and exploitation of white townships, where ‘ the old tribal ways’ were beyond the reach of missionaries and policeman, where Aboriginal communities could thrive on Aboriginal country.

Olive Pink was in many ways exceptional. And yet one thing she shared in common with a generation of women in interwar Australia. Olive Pink lost the man she loved on Gallipoli. And never loved again.

Captain Harold Alfred Southern was killed within ten days of the Landing. He ‘fell’ leading his men in a night attack on the Turkish frontline. Like thousands of others, Captain Southern’s body was never recovered from the battlefield.

All her life Olive treasured Harold’s photograph and the pictures he painted as an art student in Hobart. These, she explained, were all she had left of him: ‘My reason for living’ she said, ‘Died at Gallipoli’.

Every Anzac Day, Olive, like thousands of other women across Australia, would turn to the task of remembrance. She would climb Anzac Hill in the early hours of the morning and place a bunch of native flowers at the foot of the town’s war memorial. Olive always came alone, long before the service commenced. She would stand with head bowed for several minutes, then slip away in the darkness.

Olive Pink died in Alice Springs aged ninety-one and her body was buried in the cemetery on the fringes of town. Her plot faces the opposite direction to every other grave and looks out still on her ‘beloved McDonnell Ranges’. The authorities denied her last request that she be buried in ground set aside for Aboriginal people. But some said a photograph of Captain Harold Southern was placed in the coffin, her ‘very dear friend’ beside her for eternity.

Pink’s story reminds us that a lifetime of mourning often awaited those who lost their loved ones. It suggests public ceremonies like Anzac Day sometimes mattered less to the bereaved than private gestures of mourning. And it shows that the loss of men in war left thousands of women without the chance of companionship, children or marriage.

For full attribution of sources, suggestions for further reading and an extended version of the story itself see ‘Never to love again: Olive Pink’ in Bruce Scates, Rebecca Wheatley and Laura James, World War One: A History in 100 Stories (Melbourne, Penguin/Viking, 2015) pp. 34-36; 355. 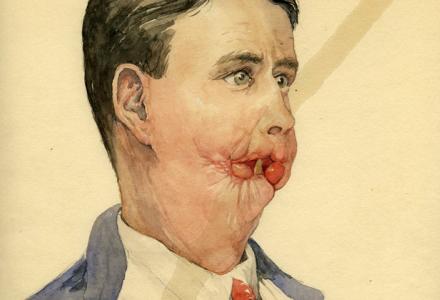 The man with half a face 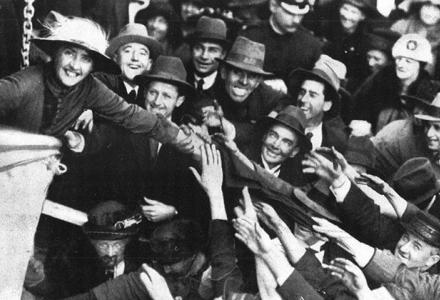 The angel of Durban 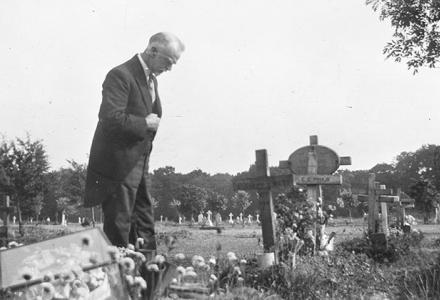