Harold Candy was wounded at Pozières in 1916. He was wounded a second time at Le Hamel, as the allied armies struggled to turn back the German advance. Invalided home after a gas attack, Harold Candy’s health was broken by the war. He also contracted Venereal Disease (VD) in France.

On the eve of his wedding night Candy hanged himself from a tree in the Adelaide Parklands.

His story reminds us of the dangers and the stigma associated with sexually transmitted diseases. As late as the 1920s there was still no lasting cure for gonorrhoea and syphilis—and these could lead to insanity, sterility and an early death. Men carried VD home with them from the war zones. Women and children at home numbered amongst the victims of what contemporaries called ‘the Red Plague’.

For full attribution of sources, suggestions for further reading and an extended version of the story itself see ‘Weary hours and days of pain: Harold Candy’ in Bruce Scates, Rebecca Wheatley and Laura James, World War One: A History in 100 Stories (Melbourne, Penguin/Viking, 2015) pp. 1-2; 354. 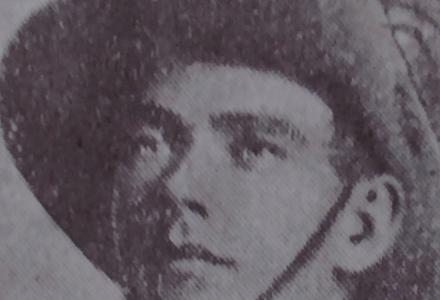 The mystery of the Water Diviner