Whatever time they had left

Adam Gladstone Wardrop was a horse driver from Mackay in Queensland. In 1916, he saddled up one last time, rode to Rockhampton and enlisted to serve in the Great War. Wardrop left his young wife Minnie behind in Australia. She lived on a property on Nebo Road bordering cane fields and farm land. She would never see her husband again.

Driver Wardrop joined the 7th Australian Field Artillery in France. In September 1917, almost a year to the day after leaving Australia, he was wounded. Driver Wardrop, the medical report tells us, suffered ‘severe exposure to mustard gas.’ Mustard gas burnt skin from a man’s body; it corroded lungs, burnt out eyes, left lips and tongue swollen and blistered. ‘Severe exposure’ meant a man would probably die. Eventually. Decades after the war, men coughed up blood and phlegm and choked on their own fluids.

Driver Wardrop never returned to active service. Weakened by the effects of being gassed, he succumbed to one illness after another and was moved from hospital to hospital. The young man complained he could barely breathe. Wardrop’s pulse was weak, his skin discoloured and he suffered intermittent attacks of vomiting and pains in the chest. In late 1918, he contracted Addison’s Disease—Wardrop’s kidneys were failing.

Back home in Mackay, Minnie Wardrop received a series of telegrams each carried to her door in Nebo Street:

There was nothing she could do but wait. Meanwhile, in England, the doctors made a decision. They doubted a man as badly gassed as Wardrop could survive a northern winter. Perhaps he’d breathe a little easier in the warm, humid air of Queensland. And there he’d have family, friends and a loving wife to support him.

Despite the dangers of a long ocean voyage, Driver Wardrop was carried onto the hospital ship Wandilla in March 1919 and was sent home to Australia. On rolling ocean seas, doctors scrawled unsteadily in Wardrop’s casebook.

4 May 1919
‘condition much worse’, ‘epistaxis’, ‘general weakness’, twitching and vomiting’

And in the early hours of the morning, on the 8th May, a doctor records the final entry:
3.26 a.m.
‘Life extinct’

Adam Wardrop died at sea just a few days’ sailing time from Australia. Later that month, Winnie received a letter from Wandilla’s Troop Commander. ‘Everything possible in the way of medical attention was done for him’, ‘His end being peaceful & without pain’, ‘He was buried at sea, with full military honours.’ So many words to say so little.

Adam Wardrop died close to home. But his memorial lies far away across the ocean. Like all Australian soldiers who died at sea homeward bound, Adam Wardrop’s name was cast in bronze and raised on the cloistered walls of the Australian National Memorial in France. We don’t know if Minnie found much comfort in so distant and unreachable a memorial. Probably the cenotaph raised in Mackay was a closer and more effective focal point for remembrance. We know she lost her husband barely three years into their marriage, that she had no children and that she never remarried. Wilhelmina Amelia Wardrop died in Mackay in 1936, seventeen years after the body of her husband was committed to the deep.

Adam Wardrop’s story reminds us that the formal architecture of grief devised by the authorities may not have addressed a grieving family’s needs. Modest monuments at home provided more immediate, more tangible and more intimate symbols. And it suggests another way in which the deaths of loved ones was complex, inconclusive and protracted. With each telegram reporting illness and recovery, women like Minnie Wardrop lurched from hope to despair, drawing out the process of mourning.

For full attribution of sources, suggestions for further reading and an extended version of the story itself see ‘Whatever time they had left: Adam Wardrop’ in Bruce Scates, Rebecca Wheatley and Laura James, World War One: A History in 100 stories (Melbourne, Penguin/Viking, 2015) pp. 40-41; 355.

Her hands are never still 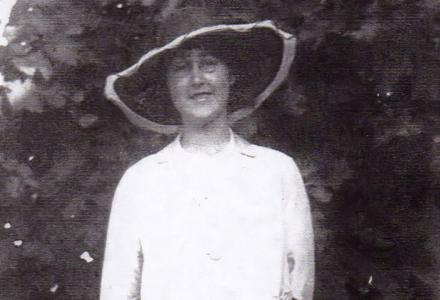 This striking case of courage and devotion 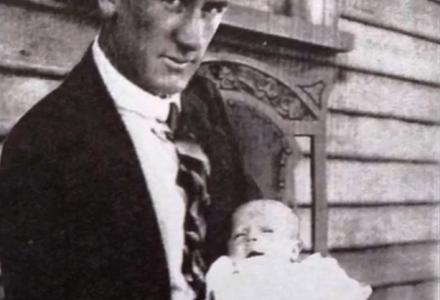