The One Hundred Stories: Origin, purpose and musical performance 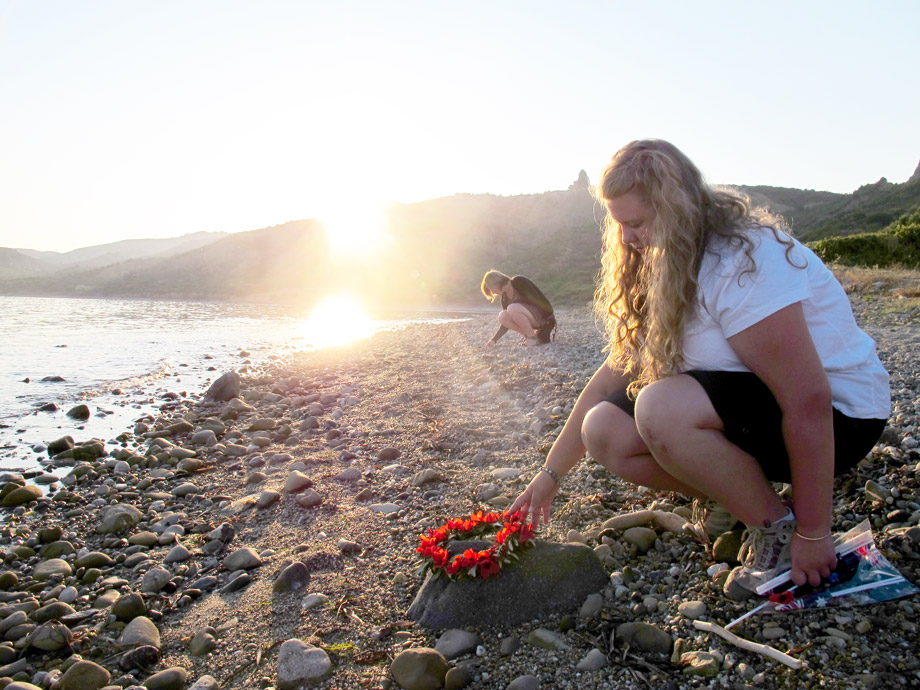 The One Hundred Stories are a silent digital presentation revisiting the experience of the Great War. Sparse, haunting and often elegiac they are intended to evoke the voices of the past. The stories have been chosen from all across Australia and Aotearoa/New Zealand; they highlight the experience of women as well as men; they consider the way the war affected a generation. Amongst the cast of the One Hundred Stories are not just sailors, soldiers, airmen and nurses, but parents who lost their sons, wives who struggled with shell-shocked husbands, children who never knew their fathers. They are the untold, poignant and often challenging stories of the Great War and are a living reflection of the way history resonates in the present. Each digital presentation runs for just a few minutes, a succinct but compelling narrative suggesting new ways and more inclusive ways of remembering war.

Where did the One Hundred Stories come from?

The One Hundred Stories are based on newly released historical sources, many never before used by historians. Capturing the testimony of past generations, they distil the essence of the archives. They also draw on a powerful community memory of war: over six years of research, families and communities have suggested stories for the research team to pursue. Our project recovers the experience of those often marginalised in our memory of war, in particular Indigenous servicemen and groups of diverse ethnic origin. They highlight the diversity of experience both at home and abroad as well as the often personal and private nature of suffering.

Where have the Stories appeared, who can use them and how can I find more stories?

The One Hundred Stories began at Monash University’s during the Anzac Centenary years. They will be completed at the Australian National University and are an instance of scholarship in service of the community. No charge is made for accessing these stories and whilst copyright remains with the authors you are welcome to reproduce/exhibit the stories in any public forum.

The stories were first presented to the Anzac Centenary Advisory Board in Canberra. They were developed in a series of public screenings, to schools, universities, museums, commemorative stakeholders and the wider community.

The first fifty of the One Hundred Stories were released in November 1914, the Centenary of the First Contingent’s departure from Albany. They now form part of a permanent exhibition in the new National Anzac Interpretive Centre in Albany, one of Australia’s major Centennial initiatives. Victorian stories are also profiled in Melbourne’s Shrine of Remembrance, part of a new gallery marking the centenary of World War One.

The One Hundred Stories have also been adapted for use by a number of Australia’s leading cultural institutions. Both the National Archives of Australia and the National Museum of Australia have exhibited the stories and/or integrated them into their educational websites. The Stories have also inspired orchestral performance and artistic installations. ‘Aftermath’, a ‘Dawn Happening’ in the Melbourne Domain, was staged by the Australian Art Orchestra and marked the Centenary of Armistice. It planted a forest of white poppies near the precincts of the Shrine, renewing the pledge for peace made to the generation of 1914-18. The Australian Art Orchestra performed the stories again at the 2018 London Jazz Festival. A packed audience in the Purcell Room heard a suite of works, original compositions by Peter Knight, Tilman Robinson and Andrea Keller. All three composers used traditional ensemble textures along with archival recordings, tape, electronics and improvisation, creating what is styled an ‘intense listening experience’.

Through innovative artistic mediums the One Hundred Stories have gained a new lease of life. But first and foremost they remain an educational resource, designed to broaden the ambit of remembrance and deepen our understanding of the Great War. They were published as a book by Penguin in 2015 and provided a platform for a MOOC developed by Monash University. This free online course provided practical instruction on how to access and interpret the archives central to this project. It was designed to empower communities and foster a sense of ownership during the Centenary of the war.

Who created the Stories and why did they undertake this project?

The One Hundred stories are a collaboration between senior and early career researchers based at Monash University and the Australian National University. The project was led by Professor Bruce Scates, a leading scholar of the Great War, and chair of the Military and Cultural History Panel advising the Anzac Centenary Board in Canberra. The stories were co-researched and co-written with Dr Rebecca Wheatley (a graduate of the ANU) and Dr Laura James (a graduate of Monash University). Bruce, Bec and Laura believe that 100 years after the Great War began it is time to tell new stories, stories that will speak to a new generation, reach out to those often excluded in our narratives of war and confront the true cost of war to the entire community. They acknowledge the generous support of their colleagues and the many family groups and individuals who have made this project possible. The One Hundred Stories marked the Centenary of Anzac but they also mark a new beginning. Millions were caught up in the great calamity we call the Great War, their stories are waiting to be told.

The Australian Art Orchestra’s Musical ensemble ‘Sometimes Home Can Grow Stranger than Space’ was recorded by the Australian Broadcasting Commission in 2018. Listen to this poignant musical interpretation of the One Hundred Stories.